From IncendiaWiki
Jump to: navigation, search 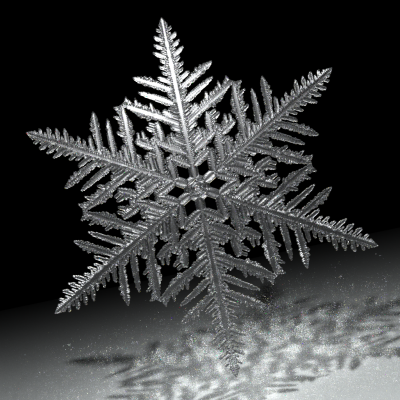 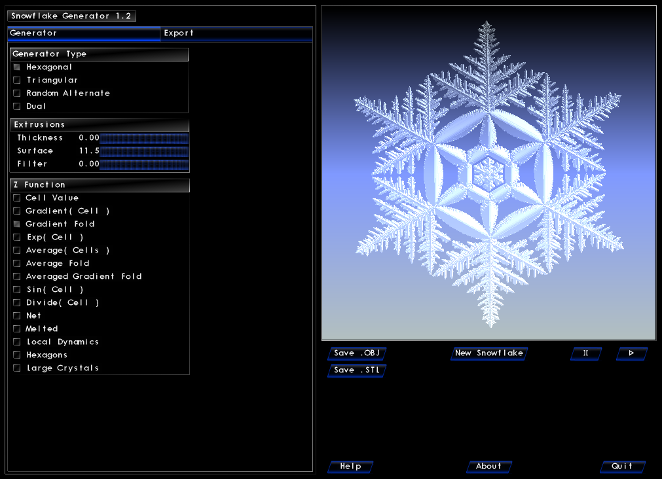 The Snowflake generator is a program that generates 3D Snowflakes meshes using a hexagonal cellular automata.
Snowflakes can be exported in OBJ and STL file formats. It also supports an experimental SVG export.

This program is available in the Donors version of Incendia.

This control let you select the snowflake generator type:

These buttons are for pausing and resuming the snowflake generation. Use them if you plan to export the snowflake with different export parameters.

This button erases the previous snowflake and generates a new one.

The following buttons and controls let you define the various parameters for the snowflake mesh export.

This control let you define the values of the snowflake extrusions. The parameters are: 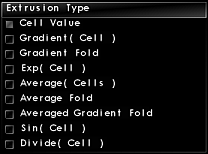 This control defines the function that will be applied to the values of the cell when it is converted to a mesh. The applied functions changes the snowflake morphology. The functions are:

This option smooth the snowflake for exporting. The snowflake will look like if it has melted.

This button export the current snoflake to the STL format. This format can be used on Incendia and it also is compatible with most 3D printers.

This button export the snowflake to a OBJ formated mesh, that can be imported in most 3D graphic programs.

You can open the SVG file on graphic programs such as Inkscape or in a Web browser. 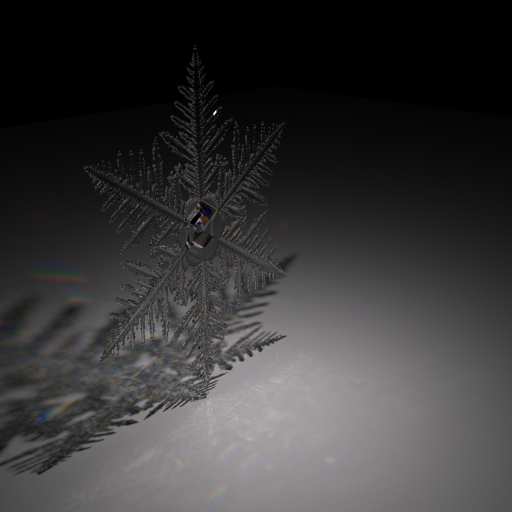 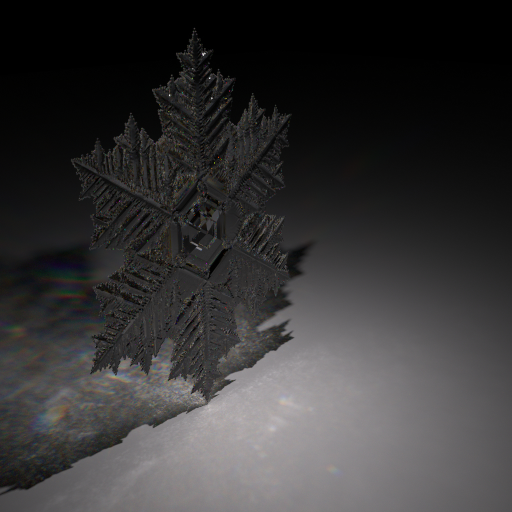 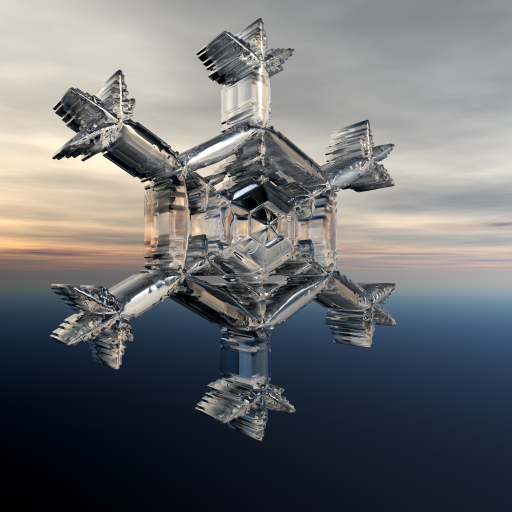 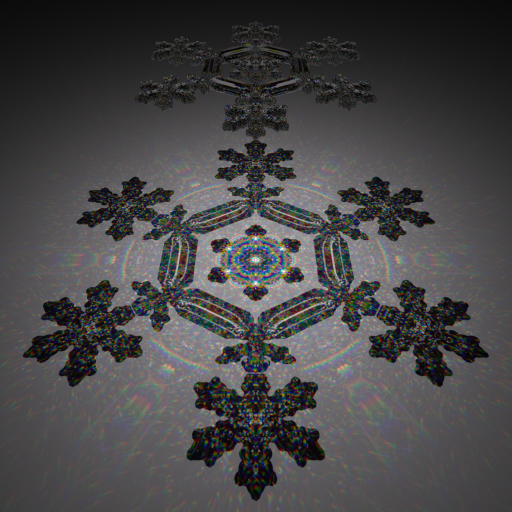 Working with the Snowflake Generator (Video)